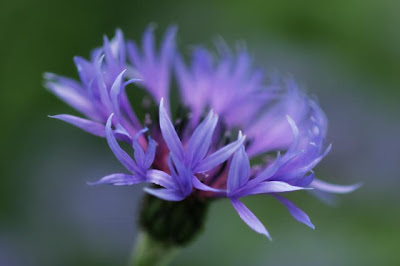 The most beautiful thing we can experience is the mysterious.
~Einstein

Mysterious and beautiful things have been happening on the mountain. A few things have happened lately but this one stands out most in my mind...

There are two different summits on this mountain. I generally gravitate to one of them, but I can see the other one from where I stand at the very top. I had reached this summit and was on my way back down when I noticed four men, dressed casually, quietly walking in a line and each of them was carrying one single yellow helium balloon. I joked to myself that this would make a great picture if each of them had tied the balloon to their wrists. I was intrigued, but they were on their way up to the other summit, and I was on my way down...so I let it go.

I climbed the mountain again (I climb it several times each morning as it only takes about 15 minutes to get to the top) and when I could see the far summit, I saw four little heads huddled together and one arm pointing toward the sky. They were no longer holding their balloons, and because they were such a pale colour against a grey sky, I couldn't see where they had drifted to.

What was this all about?

I was hoping that maybe these men had written passionate love letters to the beautiful women in their lives and they had tied these letters to their balloons and sent them off into the fate of the winds.
But I think not.

Maybe it was a memorial of some kind. To an old cherished friend or loved one. Maybe they were setting someone's ashes free. Maybe the balloons contained the remains of someone who wished to be set afloat over land and sea and eventually become one with the ocean. You might be thinking that I am being somewhat morbid with this post, but I think otherwise. This reminds me of a story I heard once...I don't know if it was real or fiction, but it was about a man who wanted his ashes to be put inside fireworks to be set off in a flurry of sparks and streamers for his friends and family to celebrate his life after he was gone. How amazing would that be! I would love to leave this world in such a beautiful way.

So this strange and curious event will always be just that...strange and curious. But the story doesn't end there. Later the very same day, I passed by a truck waiting at a stop sign. A lone man was inside, and what should be beside him in the passenger side? Not a child, not an excited panting dog....but one single helium balloon.

I'm starting to wonder if there is some sort of *man with helium balloon* conspiracy going on here. It will forever be a mystery.
Posted by Jaime at 9:48 AM