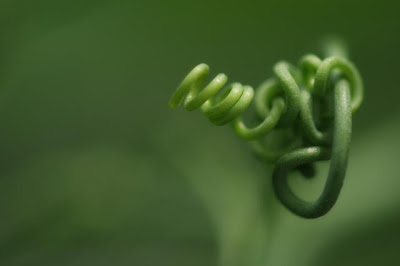 This picture pretty much sums up what my body looks like inside right now. I'm in knots.

I live a very simple, low stress life. Until the last week of June rolls around. This coming Saturday, it's piano recital time. *cringe*

It's funny. Parents tell me all the time what they go through as they sit on the edge of their seat, watching their little ones perform. They tell me how anxious they get, worried that their child is going to miss that one note, or worse, break down completely. They watch their little fingers tremble and they almost feel their child's nervousness as though it were their own. They feel this way for the short duration of the performance, and once the piece is over, they melt back into their seat and enjoy the rest of the recital, feeling elated, proud, and RELIEVED.

I wish I had it that good.
I feel this way throughout the entire recital! I feel like an anxious parent to each and every one of these kids. I know where all of their little vulnerable spots are in their pieces. I know how hard they have worked to prepare for this day. I know how terrified they are, and how brave they are to get up there and play despite their fears. And when each one of them plays, and does well, I feel as though my heart could burst open, I am so proud of them.

I love some of these kids almost as though they were my own. I have watched many of them grow up and become gifted musicians. Some of them were 4 or 5 when they started, and are now well into their teen years. And with every passing year, I watch them come into their own.

Taylor stands out the most. He was 5 when he started. When he got up to perform for the first time, he was so small that the grand piano he was playing on looked as though it was going to swallow him whole. The odds were stacked against him. The bench was too far away from the piano, and the music had to be placed higher up than on his piano at home. So here he is, sitting on the very edge of the bench, his feet about two feet off the floor, and he's reaching as far as he can to see his music. I thought he was going to fall off the bench. He looked so small and vulnerable up there as he played.

The next year, he was a little bigger, but his music fell off the piano mid-way through his performance. He carried on as though nothing happened. Now, he is 13, going on 19. He has a quiet nature about him, but he is so confident. In all these years with him, I have never heard him say he was nervous or afraid. He just takes things in stride with an inner calmness, and a smile that would melt your heart.

I feel so fortunate to have these long lasting connections. All 51 of them... and not one bad apple in the group. Ok, there is one little firecracker, but she is just as tender underneath it all as the rest of them. *wink*
So, even though my stress levels are skyrocketing this week, I am also feeling grateful. And proud. And privileged that I get to play a small part in the becoming of these beautiful souls. They have added so much richness to my life.

It makes all of this anxiety so very worth it in the whole scheme of things.
Posted by Jaime at 7:25 AM