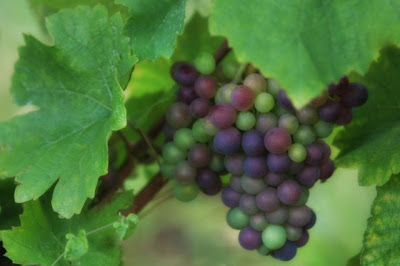 The sun, with all those planets
revolving around it and dependent on it,
can still ripen a bunch of grapes
as if it had nothing else in the universe to do.

Windows to the Soul 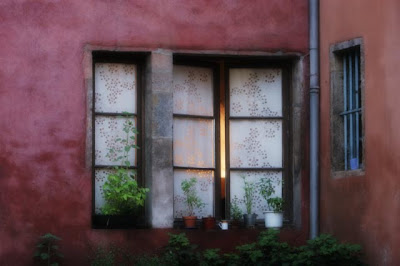 When I go for evening walks in neighbourhoods where old character homes line the quiet streets, I love to look into windows.

I found this beauty in France. The warm glow peeking out from that tiny crack looked so inviting. I can just imagine the cosy nest someone has lovingly created behind that window.

My intention is not to peek in at the people who live there. I am more interested in the living space. I love to see how other people live, how they decorate. What colours have they chosen to paint their walls? In what ways are they expressing their own individuality? What favourite beloved treasures do they display on their window sills? Are there flowers growing there? Do they have bold colourful paintings on the walls or have they chosen a more subtle, serene colour scheme? Are they simplists or clutterbugs? I myself am a simplist, but looking at other people's clutter can be fascinating and revealing.

It makes me want to adopt some of their ideas and in my own unique way, make them my own. It nourishes my desire to be the completely original being that I am ...even if I am borrowing ideas from others. Does that make sense? It sounds contradictory, doesn't it?

It's kind of like being immersed in a good novel. As you read, you merge with the character and become one. You exist in an imaginary world completely different from your own, which sometimes entices you to take tiny fragments of it and make it yours.

Reading blogs is engaging in the same way. We each have an open window and when we invite others to read our thoughts and ideas, we are sharing a little piece of our soul. I read blogs in much the same way I look into windows. What new thing am I going to discover there that inspires me to live a tiny bit differently than I did yesterday? Or think a bit differently? Or see something with a new set of eyes? Or cook something completely different for dinner tonight?

Thank you for leaving your window open.
Posted by Jaime at 12:18 PM 15 comments: 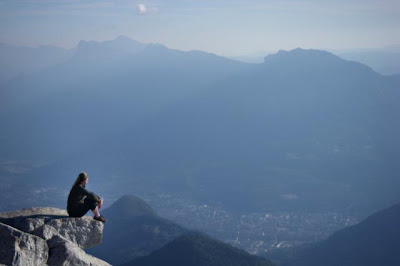 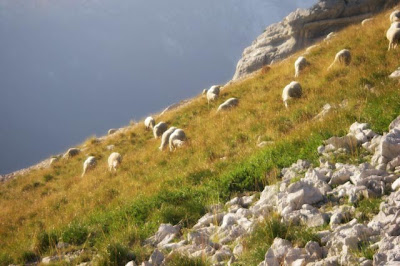 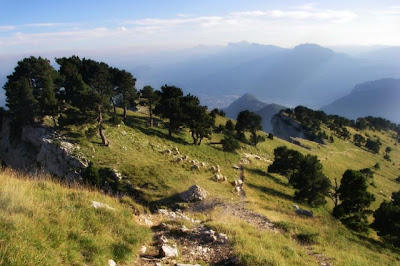 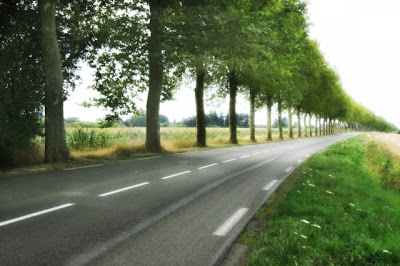 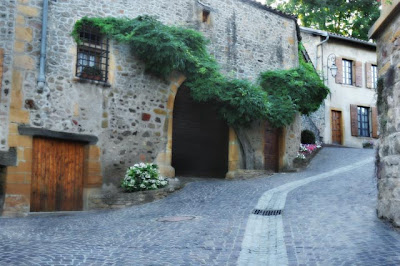 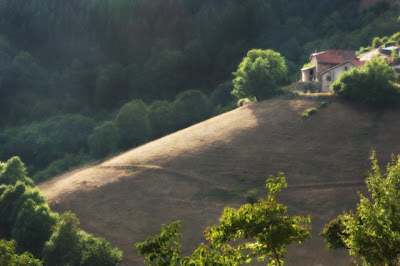 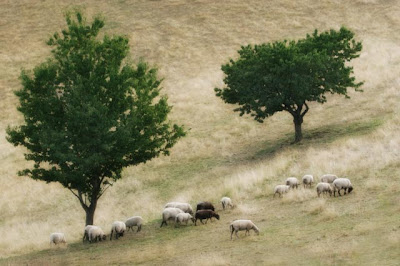 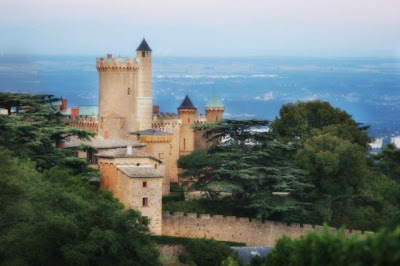 Some things I learned on my travels through France...

My previous Canadian notions of what an *old* building is has been forever changed. I stumbled along cobblestone roads in medieval villages that were so old they were hard to walk on! What was life like back then for the people who inhabited these wonderful villages? My imagination took on a life of its own as I wandered old alleyways, touched ancient stone walls and tried to peer into vacant windows.

Castles aren't just the stuff of fairy tales...they really do exist! I saw my very first castle (been waiting all my life to see one) on the plane, flying over France on my way to Lyon. I was adamant that I go visit that very castle, all in stone, nestled on its own hilltop. It wasn't until I was on the ground that I realised castles and chateaus and old churches were EVERYWHERE.

Riding trains is fun fun fun! I have always loved trains. It's a childhood thing. The smells and sounds of old freight trains reminds me of camping when I was young. The train would come by every morning and every night...my brother and I would race to put our pennies on the tracks and frantically search for our flattened treasures once the train had come and gone. Well, passenger trains are just as wonderful! They are so fast, and so smooth you would think you were gliding. What a great way to take in the landscapes of France and England.

The mountain that I climb every morning isn't really a mountain to me anymore. I think of it more as a wee mogul compared to the peaks I summited in the French Alps. But if it weren't for that little daily mogul climb, I don't know if I would have made it to the top of these crazy rocky towers! The cliffs at the top were straight vertical drops, right to the bottom. I had to get on my tummy to look over the edge. The views were breathtaking. And the sweet flocks of sheep that grazed the grassy mountainsides with their little bells around their necks were adorable. One in particular grabbed my heart as he just stood there, for the longest time, head slightly turned, ears out sideways, just staring at us. He was so cute, I wish I could have taken him home.

No matter how beautiful France may be, I realised that there really is no place like home. I have never been so far from home. I have never been away from home so long. And although I saw and experienced some unforgettable things, I am happy to be home. So I say a fond farewell to the rolling hills of endless sunflowers, corn and vineyards...and warmly embrace my trees of turning leaf and oceanside haunts...oh how I've missed my ocean.