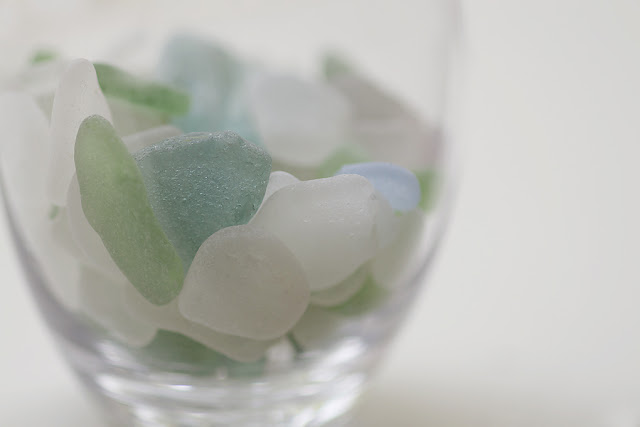 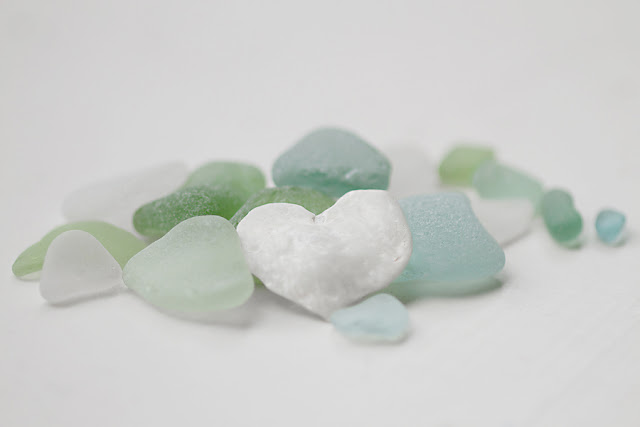 I am a minimalist. I don't like clutter. I feel so much lighter and happier with less. Yet I still find myself collecting things....only a few things... like books and heart shaped stones and sea glass.

But like any serious collector, I am very selective. I won't pick up any old piece of glass I find lying on the beach reflecting beams of sunlight, putting on its best sparkle, trying to capture my attention. Amongst that starry display, I only choose the ones of a certain colour. The frosty whites, soft sage greens and icy blues. The blue ones are rare gems.

It amazes me that something so benign as water can shape and alter things so dramatically. Billions of tiny droplets unleash from a cloud to turn streams into raging rivers....those same droplets are capable of sculpting canyons out of rock walls...and the sea, containing unfathomable numbers of tiny droplets smooth sharp glass edges into polished stones. How many times must a piece of broken glass be thrown against the beach, dragged out to sea, then thrown at the earth some more before it becomes rounded and water etched? It is almost as though the sea is trying to turn the glass back into sand again...as though it prefers it in its most natural state.

Water and rocks have had a tumultuous relationship for a very very long time. And I love to reap the benefits.
Posted by Jaime at 12:38 AM